The main axis in Barcelona which stands out among a swathe of modernist facades and architecture. The urban development of the street has incorporated Gonzalo Milá’s Candela LED streetlights, which stand alongside the original wrought iron streetlights and trencadís (mosaic) benches, resulting in a smooth symbiosis between tradition and modernity.

In front of the Casa Milá, which Pere Milá commissioned to Antoni Gaudí in 1906 and is popularly known as La Pedrera (‘the stone quarry’) in reference to both the developer’s name and the material chosen by the architect, today we find a bench designed in 2000 by Pere’s youngest nephew, Miguel Milá, the great pioneering master of design in Spain, as well as a cutting-edge technology street lamp designed by his son, Gonzalo Milá in 2012, in what is unarguably a highly elegant coexistence of three generations of Barcelona on the city’s main thoroughfare. 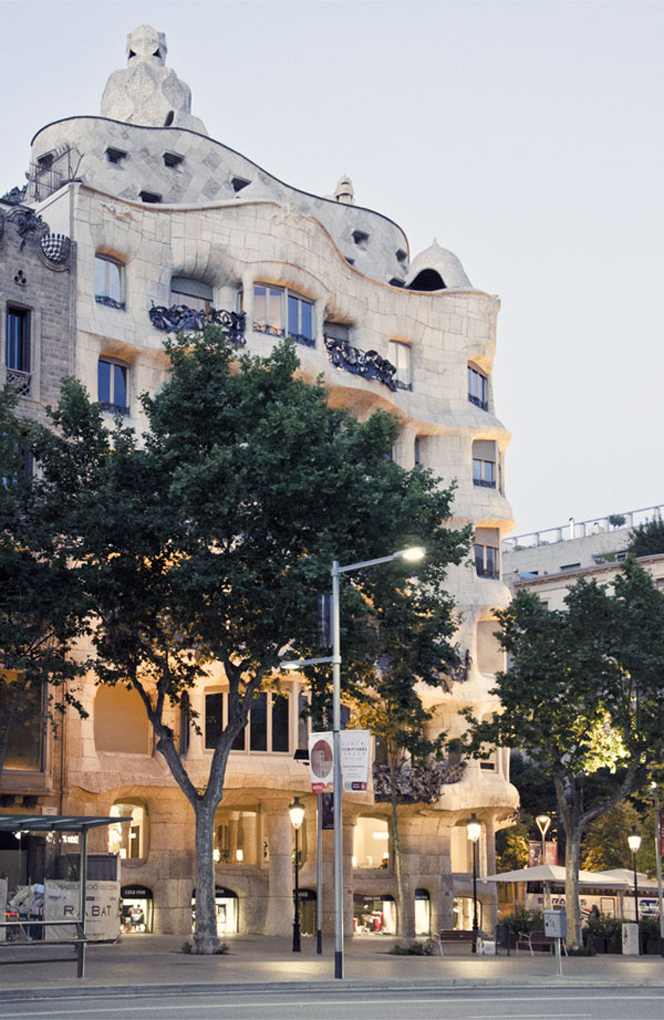